COVID-19: Measures taken by the government 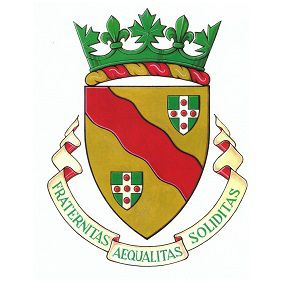 Crest
A coronet set above the rim alternately with maple leaves and fleurs-de-lis Vert;

Located in the Laurentians, the current municipality of Grenville-sur-la-Rouge was established in April 2002 after the fusion between the village of Calumet, the Township of Grenville and the hamlets of Avoca, Bell Falls, Grenville Bay, Kilmar, Marelan and Pointe-au-Chêne.

Grenville Township was incorporated in 1808 and its first settlers were immigrants from England. The name of the municipality honors Baron Windham Grenville, an English statesman.

Grenville-sur-la-Rouge is remarkable for its scenic beauty. The Red River, a tributary of the Ottawa River, runs through the territory from north to south. This river is recognized by whitewater rafting and kayaking enthusiasts, as well as by painters for its panoramic views. The river attracts thousands of visitors and even film companies. This territory is dotted with lakes, some of which are surrounded by small hamlets and small bodies of water still in a wilderness state. In the winter, the region also attracts cross-country skiing enthusiasts thanks to its 53 kilometers of trails.

The hamlet of Pointe-au-Chêne has a tourism vocation due to its judicious location along the Ottawa River. There are sandy beaches and waterfront cottages. Its residents enjoy the peace and quiet of the countryside while being able to take advantage of urban services within an hour's drive. People are welcoming and activities are organized by numerous social clubs and private organizations.